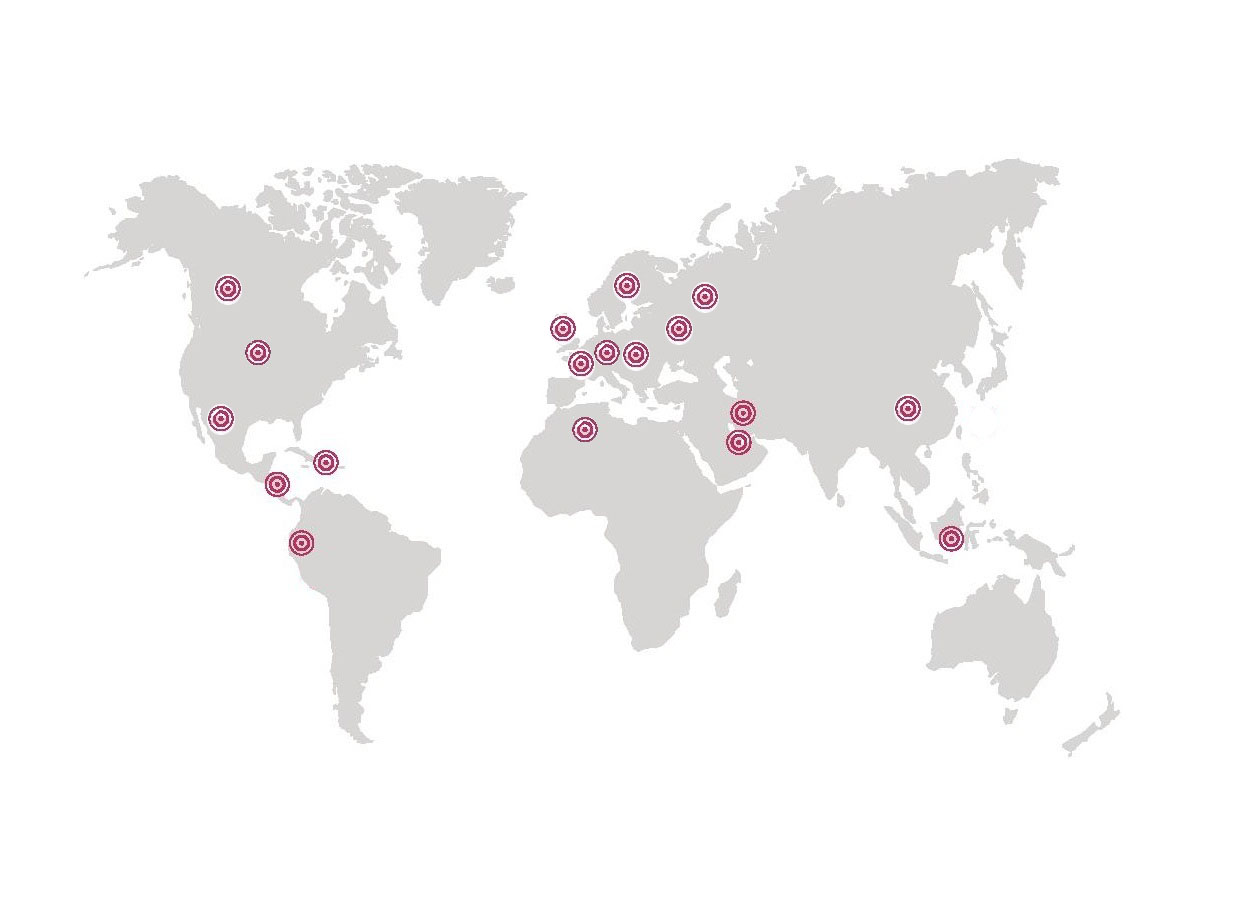 The organisers  have already contacted 2,200 buyers in 106 countries. Hábitat’s International Buyers Plan boosted by Inbound Buyers and Specifiers Missions arranged by ANIEME and supported by IVACE.

València, 12th April 2017.- The international markets are starting to look forward to Hábitat 2017. The quality, number and standard of the exhibitors that will be showcasing their products at the upcoming edition of Hábitat is stimulating considerable interest in those markets that are traditional purchasers of ‘made in Spain’ interiors. It is against this favourable backdrop that Hábitat has just launched an ambitious programme to invite international buyers, targeting a total of 106 countries.

2,203 VIP buyers are being invited, chosen from Feria Valencia’s own database as well as by the exhibitors themselves, with the selection being designed to deliver maximum commercial results. For the most part these buyers are from the marketplaces that are of most interest to Spain including the European Union, the Maghreb, Sub-Saharan Africa, the Middle East, Latin America and the United States.

Interest has been such that barely a week after the invitations went out Hábitat had already received responses from a good number of buyers, confirming that they would be making the trip in September. Specifically and as far as Europe is concerned the acceptances have come from buyers in Belgium, Cyprus, the Czech Republic, Denmark, Estonia, France, Germany, Holland, Hungary, Italy, Lithuania, Malta, Norway, Portugal, Russia, Ukraine and the United Kingdom.

In Africa, buyers from Angola, Morocco and Senegal have confirmed that they will be attending, whilst buyers in Asia who have accepted the invitation will be coming from Saudi Arabia, Bahrain, India, Israel, Japan, Jordan, Lebanon and Qatar. In September Valencia will also be hosting buyers from the continent of America, including from Canada, Colombia, Mexico, Peru, Puerto Rico and the USA, as well as professionals from Australia, who have already confirmed they will be visiting.

As well as the International Buyers Plan being rolled out by the fair organisers, the Inbound Buyers and Specifiers Missions being arranged by ANIEME, the sector’s exporters’ association, and supported and financed by IVACE (the Valencia Institute for Business Competitiveness, a Valencia Regional Government body), form another key initiative.

The missions are targeting a total of 12 markets: Ireland, Scandinavia (Sweden, Norway, Denmark and Finland), the United Arab Emirates, Qatar, Mexico, Colombia, the Dominican Republic, Georgia, Azerbaijan, Iran, Vietnam and Indonesia. All have purchasing power and offer opportunities for the exhibitors at Hábitat.

These are all countries in which ANIEME will be rolling out promotional initiatives this year, which means there is fully updated information about the contacts who are of greatest interest and most likely to accept the invitation to the fair this September.

“We are still receiving more confirmations from international buyers. This means we can confirm that Feria Hábitat Valencia is the leading platform for made in Spain interiors to expand internationally,” claims the fair’s director Daniel Marco, noting also that “exhibitors are still signing up at a great rate, especially high quality companies and companies that will be a prominent presence at the fair. In point of fact, we are already almost 90% full. ”