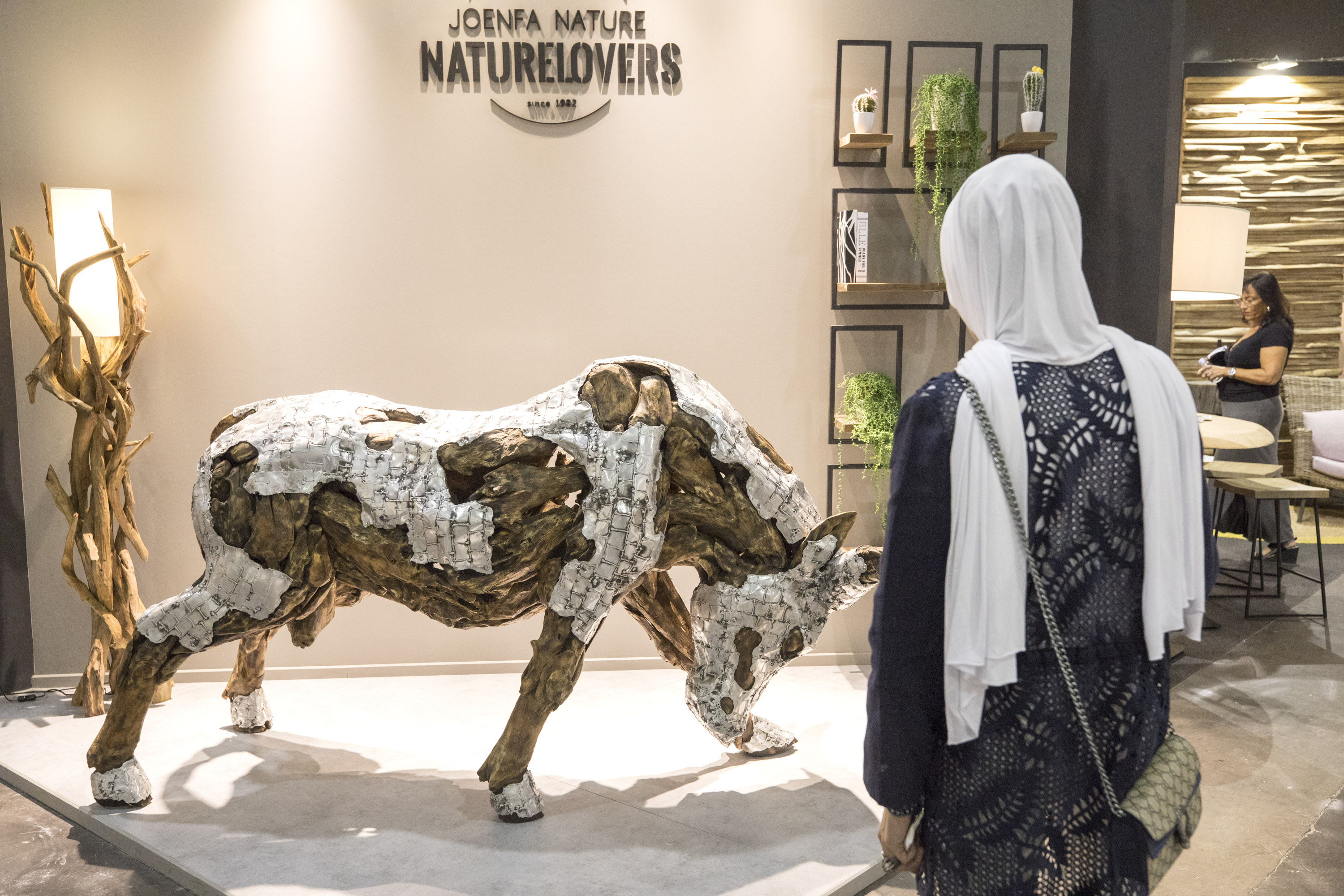 Event finalises International Buyers Mission with 1855 guests confirmed from 60 different countries, shoring up positive outlook for the fair set to run from 17th to 20th September at Feria Valencia.

The mission is in addition to the ones organised by Anieme and Fedai and supported by IVACE Internacional and ICEX for international specifiers and media, set to attend in large numbers.

Valencia, 9th September 2019.- The upcoming edition of Feria Hábitat Valencia is ready to go. The organisers are putting the final touches to their preparations for what is expected to be a successful edition of Hábitat. The fair, which opens its doors on 17th September at Feria Valencia and runs until 20th September, has not just grown by the usual parameters of size (+41%) and numbers of exhibitors and brands (+21%), but also in terms of the interest sparked in international markets.

The surest proof of this is the results of the organisers’ recruitment drive for the International Guest Buyers programme: the effort invested over the last few months has delivered an extremely high percentage of positive responses and confirmations from amongst the professionals invited, with 1855 buyers, interior designers and architecture practices in 60 countries having confirmed they will be visiting during the four days the fair is open. This figure is almost double the number achieved last year.

These are professionals with substantial purchasing power, who receive a personal invitation from Hábitat and are selected on the basis of how significant the market they represent is to the exhibitors at this year’s fair and the likelihood that they will buy from them.

Adding to this international group of buyers will be the specifiers visiting Feria Valencia as part of the various trade missions being hosted by Anieme and Fedai, with the support of IVACE Internacional and ICEX.

These are visitors who were sent a personal invitation and have confirmed their attendance online. It should be noted however that thousands of visitors attend the Valencia fair without being prompted by an invitation. Last year Hábitat registered 26,140 visitors, all either Spanish or international professionals and, on the basis of the increase in the number of professionals currently pre-registering on the official Hábitat website, that figure is expected to improve this year. As of today, pre-registrations are 10% up on last year.

The pace of work at Feria Valencia is fast and furious right now as we move into the last ten days of build-up. Deadlines are fast approaching, with hundreds of carpenters, painters, electricians, builders and decorators having been working since mid-August in all six of the halls at Feria Valencia that are home to what is sure to be a highly successful Hábitat.